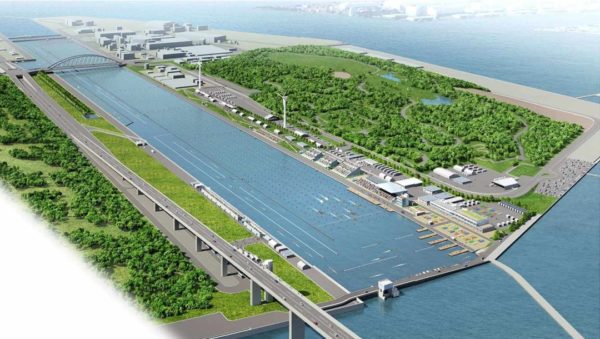 New concerns for the Tokyo Games Organising Committee. But, surprise, they are not linked to the health crisis. The Japanese press reports that the Olympic row-race rowing and canoeing venue at Sea Forest Waterway has been facing an oyster invasion for several weeks. Molluscs clung by the thousands to the cylindrical floats deployed along the body of water to break the waves. With the proliferation of oysters, these floats tend to sink below the surface of the water and no longer operate with the same efficiency. The system put in place by the Japanese uses 470 cylindrical floats, 12 meters long and about 60 centimeters in diameter, intended to break the waves and thus create a smooth surface for the rowers. According to a study commissioned by the organisers, these “magaki” oysters thrive on the site due to the high salinity of the bay water and the presence of phytoplankton. The phenomenon is not new. It had already happened in 2019, before the pre-Olympic rowing event. In September, authorities in Tokyo had to pay more than a million dollars to clean the Olympic site of its cumbersome marine invaders. An expense that will undoubtedly have to be renewed in the coming months.