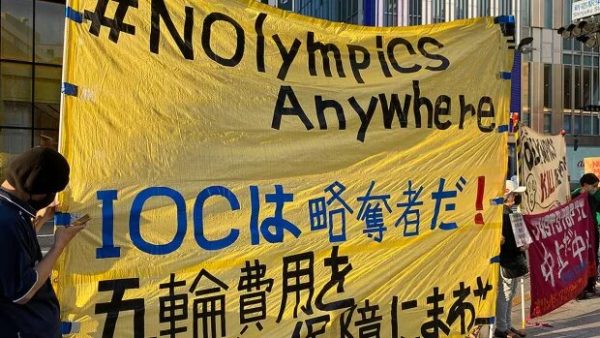 Sapporo’s bid for the 2030 Winter Games can look to the future with confidence: its project should not be disrupted by opponents of the Olympic event. At the call of several anti-Games organisations, a demonstration was organised on Sunday 12 June in Tokyo and Sapporo. It did take place, but without being able to gather more than fifty people in the streets of each of the two Japanese cities. The demonstrators unfurled banners displaying their opposition to the Winter Games. “It’s going to cost so much, said Yuki Kubo, a Sapporo resident, quoted by the Associated Press. People are struggling to make a living. This is not the time to waste money on the Olympics.” Another protester, Misako Ichimura, told the media near Tokyo’s Shinjuku Central Station: “Tokyo has been burdened with a big debt that we have to pay, so the Olympics are far from over.” The low turnout on Sunday 12 June is expected to further strengthen the position of the ruling party in Sapporo, which last week rejected an opposition demand to hold a referendum on the 2030 Winter Games bid.