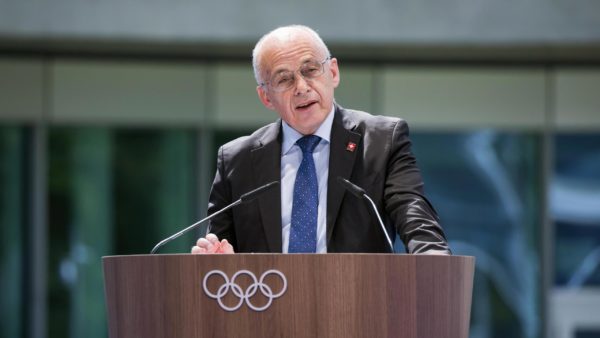 A prestigious recruit for the IOC. The Olympic body announced that its Executive Board, meeting earlier this week in Lausanne, decided to propose to the Session the election of the former President of the Swiss Confederation, Ulrich “Ueli” Maurer (pictured above), as a member of the Ethics Commission. If approved by the Session, the Swiss leader would be appointed for a four-year term starting on 1 January 2023. He will succeed another former president of the Swiss Confederation, Samuel Schmid, who has reached the end of his non-renewable term. The vote will take place by post in the next few days. Ueli Maurer was President of the Swiss Confederation in 2013 and 2019. He headed the Federal Department of Defence, Civil Protection and Sport from 2009 to 2015. Since 2016, he has been head of the Federal Department of Finance. The IOC Ethics Commission has nine members. Four of them are IOC members, one of whom is to sit on the Athletes’ Commission. The other five are personalities “known for their independence of mind, their competence and their reputation at the international level.”