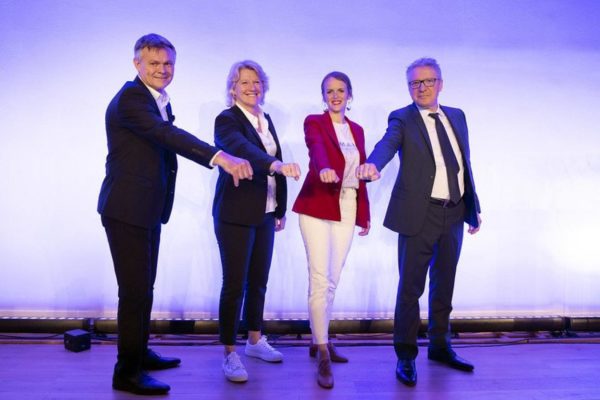 D-Day for the four candidates to succeed Denis Masseglia as president of the French National Olympic and Sports Committee (CNOSF). The vote is scheduled for Tuesday, June 29th, at the headquarters of the body, in the south of Paris, during the annual general assembly. It will be contested by two women, Brigitte Henriques, vice-president of the French Football Federation (FFF), and Emmanuelle Bonnet-Oulaldj, co-president of the French Federation of Gymnastics and Sports at Work (FSGT), and two men, Thierry Rey, Olympic judo champion in 1980, special adviser to the Paris 2024 OCOG, and Patrice Martin, multiple world medallist in water-skiing, president of the French Water Skiing and Wakeboard Federation (FFSNW). Since its creation, the CNOSF has never before been presided over by a woman. One hundred and eight member federations of the CNOSF, including 36 Olympic federations, are called upon to vote for the succession of Denis Masseglia, who has been in office for 12 years but has now reached the age limit (he is 73 years old). The Olympic federations represent 583 votes out of the 1,022 votes, i.e. more than the majority (57%). At least 512 votes will be needed to win in the first round of voting, an unlikely scenario as the vote is likely to be close and undecided. Brigitte Henriques seemed to be in the lead for a long time, but Thierry Rey would now also be a favourite. The two representatives of the non-Olympic federations, Emmanuelle Bonnet-Oulaldj and Patrice Martin, are both outsiders and key players in the event of a carry-over. According to several voters, any scenario can happen, as the withdrawal of Michel Vion, the President of the French Ski Federation, has deprived the election of a consensus candidate.