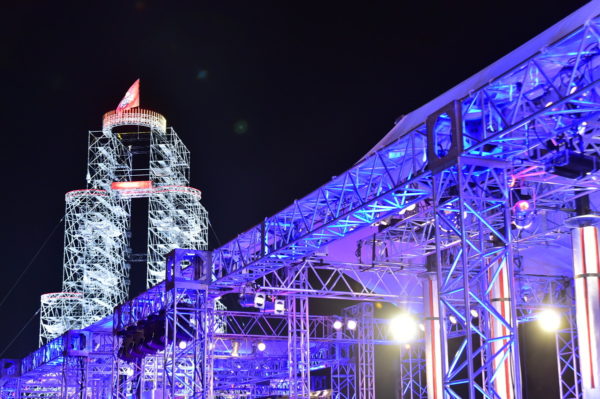 This is a decisive start to the week for the Olympic future of modern pentathlon. On the initiative of the international body (UIPM), some of the world’s best specialists are taking part over two days, Monday 27 and Tuesday 28 June, in a test of the new discipline that is supposed to replace show jumping from the Los Angeles 2028 Games, the obstacle course. The full-scale test is being organised in Ankara (Turkey), where the World Cup final was held last week. For the occasion, the UIPM has teamed up with two major players in obstacle racing, the Japanese broadcasting group TBS (Tokyo Broadcasting System) and the International Federation of Obstacle Sports (FISO). The presence of the latter, FISO, was expected. The Japanese from TBS were less expected. Explanation: the Asian television channel has been broadcasting the SASUKE/Ninja Warrior programme since 1997, which is available in more than 160 countries around the world, with local versions produced in some 20 nations. At the request of the UIPM and FISO, TBS provided a Ninja Warrior obstacle course for the Ankara test, which is most commonly used to film local versions of the SASUKE/Ninja Warrior format broadcast in France and Poland, among others. A training day was organised on Monday 27 June. The competition is due to take place on Tuesday 28 June. As a reminder, the modern pentathlon was provisionally withdrawn from the Los Angeles 2028 Games programme by the IOC Executive Board, after the withdrawal of show jumping. The Olympic body is waiting to see what new discipline will be proposed as a replacement before deciding on its Olympic future after the Paris 2024 Games.