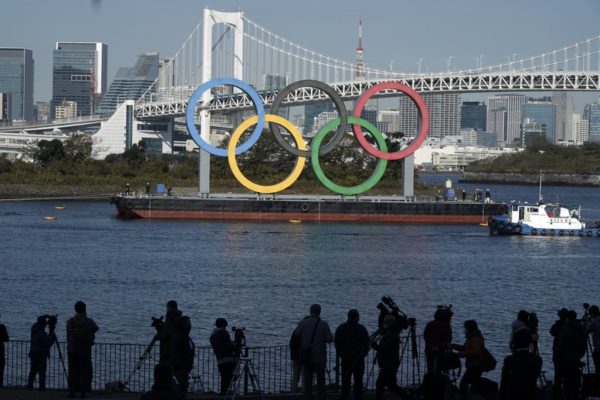 A page has been turned in Tokyo. The five giant Olympic rings, installed on a concrete barge in the Obaida marine area, have been dismantled. They will soon be replaced by the symbol of the three “Agitos” of the Paralympic Games, scheduled from August 24th to September 5th. The five rings, which were 33 metres wide, 15 metres high and weighed 69 tonnes, were inaugurated in January 2020, but dismantled for maintenance after the decision to postpone the Games. The building was then reinstalled last December. The Obaida Marine Park was used as a venue for the triathlon and open water swimming events at the Olympics. It will be used for the para-triathlon competition at the Paralympic Games.