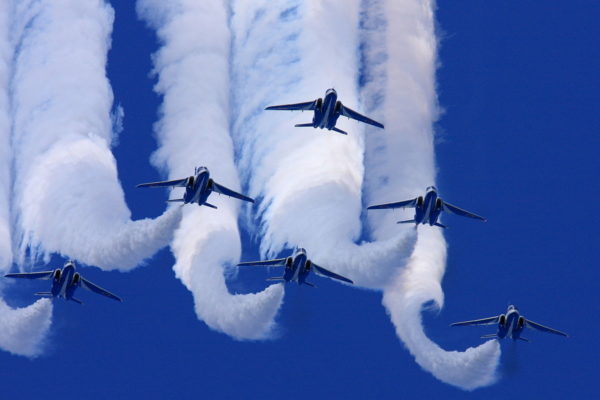 Classic but still spectacular. The Japanese army’s aerobatic patrol, Blue Impulse, will fly over Tokyo on Friday, July 23rd, the day of the opening ceremony of the Olympic Games. Its pilots will trace the five Olympic rings in the sky over the capital with coloured smoke. The pilots will fly over the National Stadium, where the opening ceremony is to take place, drawing rings in blue, yellow, black, green and red. In Japan, Blue Impulse’s performances have become a tradition for major sporting events. The patrol drew the rings at the 1964 Tokyo Olympics and the 1998 Nagano Winter Games. In March 2020, it flew over the skies of Tokyo as the flame arrived from Greece. It also traced the outline of a cherry leaf to mark the opening of the Rugby World Cup, hosted by Japan in September 2019.