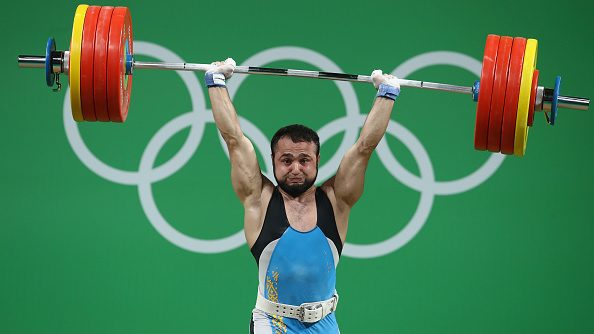 The series continues. A new strongman in world weightlifting, Kazakh Nijat Rahimov (pictured above), has just added his name to the endless list of Olympic medalists convinced of doping. Winner at the Rio 2016 Games in the under 77 kilograms category, he is accused by the International Testing Agency (ITA) of having exchanged his urine samples during a doping test procedure. The facts date back to 2016, but the ITA did not say whether the test in question was performed at the Olympics. Another weightlifting competitor in the same category, Romanian Dumitru Captari, is charged with the same “urine substitution” offense. Nijat Rahimov is a repeat offender: he had already been suspended for two years, between 2013 and 2015, for a doping case while wearing the colours of Azerbaijan. He changed his nationality just a few months before the Rio 2016 Games. ITA said the two athletes, Nijat Rahimov and Dumitru Captari, were provisionally suspended during disciplinary proceedings.