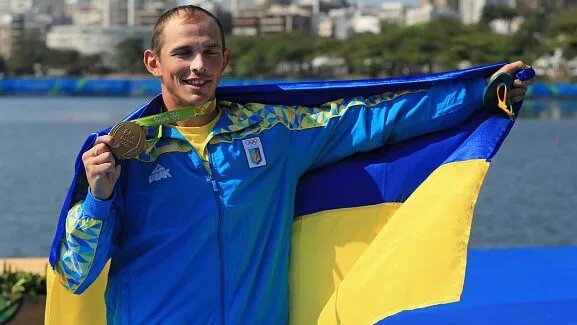 The mobilisation of the sports movement shows no sign of slowing down in Ukraine. One of the most successful Olympians in the country’s history, Yuri Cheban, has decided to auction his three Olympic medals – two gold and one bronze – to support the war effort against Russia. Olympic champion in the 200m canoe sprint in 2012 and 2016, and bronze medallist in the 500m in 2008, the Ukrainian explained to AP: “My Olympic medals will not matter if Ukraine cannot support this fight for freedom and independence. The auction is scheduled to last until 10 December. According to SCP Auctions, which is in charge of the operation, the two gold medals could fetch up to 75 000 dollars each. The proceeds from the sale will go to the Olympic Circle Solidarity Fund, a fundraising initiative launched by Ukrainian athletes to help the population of the town of Mykolaiv, not far from Kherson. At the moment, Ukrainian cities are without electricity, hospitals, schools and shops,” said Yuri Cheban, now 36. People are freezing in their own flats. Part of my family is trying to survive and work in these terrible conditions. The Ukrainian explained that the idea of auctioning off his medals came from another former Ukrainian athlete, basketball player Slava Medvedenko, who sold his two NBA championship rings, won with the Los Angeles Lakers in 2001 and 2002. They were awarded for a total amount of more than $253,000.