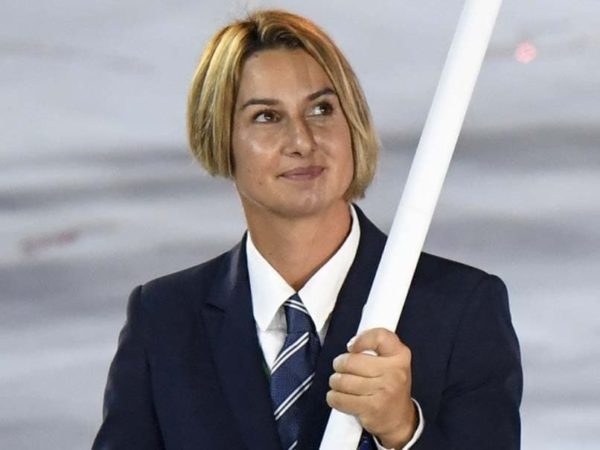 Dark affair. Sofia Bekatorou (photo above), one of the most medal-winning Greek athletes of her generation, Olympic champion in 470 at the Athens Games in 2004, revealed last weekend that she had been sexually assaulted by a leader of the Greek Sailing Federation. The facts go back more than twenty years. They involve the current vice-president of the body, Aristeidis Adamopoulos. Now 43 years old and mother of two, Sofia Bekatorou explained that she was sexually abused in a hotel room in Sydney, where she was participating in tests for the Olympics in 2000. She was 21 years old. Sofia Bekatorou did not name her attacker, but the Greek Sailing Federation did so on Sunday (January 17th), saying they had called for the “immediate resignation” of Aristeidis Adamopoulos. The Olympic champion said she did not want to speak at the material time for fear of being prevented from pursuing her career. “We then had no support from a sports psychologist and I did not want to talk to my parents because they would have forbidden me to continue to sail,” she added at a teleconference. Aristeidis Adamopoulos also resigned from his post with the ruling New Democracy party, but said in a statement he wanted to give his version of the case. “I ask the state, institutions and the media to respect my family, my children and my grandchildren”, he commented. Another former sailor, Marina Psichogiou, said on Saturday January 16 that she too had been the victim of similar abuses by a member of the federation, “old enough to be my grandfather”, in 1993 when she was 20 years. The Greek Olympic committee has called for an internal investigation. As for the Greek Prime Minister, Kyriakos Mitsotakis, he explained on his Facebook account “supporting” Sofia Bekatourou’s approach and inciting other victims of sexual assault to come forward and speak out.