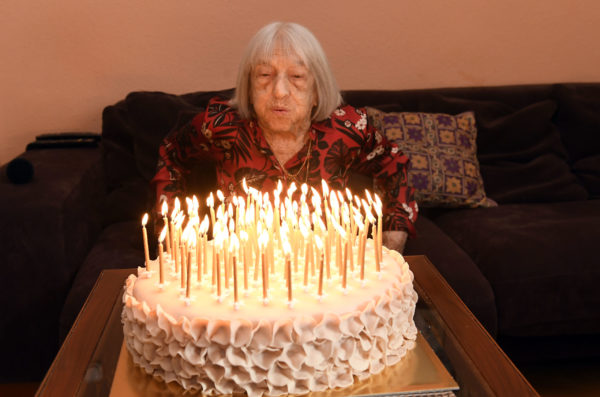 Superb. Hungarian Ágnes Keleti, the oldest living Olympic champion, celebrated her 100th birthday on Saturday 9 January. With a total of ten medals, including five gold, won at the Olympic Games in Helsinki 1952 and Melbourne 1956, the former gymnast is also the most successful Olympian in her country. Only three fencers (Aladár Gerevich, Pál Kovács and Rudolf Kárpáti) have won more Olympic gold medals for Hungary. At the Melbourne Games in 1956, she won four gold medals at the age of 35, becoming the oldest female gymnast to win an Olympic title. Born Ágnes Klein, the Hungarian started gymnastics at the age of four at VAC sports club, the only Jewish club in Budapest. At 16, she won her first national title. She should have participated in the 1940 Olympics, which were to be held in Tokyo, but the global conflict ended her chances. In 1941, while Hungary fought alongside Germany and Italy, Ágnes Keleti was expelled from her gymnastics club because she was Jewish and forced into hiding with her family in the countryside. She survived after taking on a false identity and working as a housekeeper. When the Nazis occupied Hungary, she married her gym buddy, István Sárkány, believing she would be less likely to be sent to a labor camp. His family found refuge in a “Swedish House” managed by Raoul Wallenberg. After the War, she found a job as a fur worker and was a demonstrator at the gymnastics faculty of the Budapest School of Physical Culture. She was also an accomplished cellist and performed professionally. In 1947, she won her first gymnastics championship in Central Europe. After the 1956 Melbourne Games, she remained in Australia, where she was granted political asylum after the Soviet Union invaded Hungary during the event. She eventually emigrated to Israel, where she remarried and had two children. She taught physical education at the Orde Wingate Institute, then became a coach of the Israeli women’s gymnastics team. Ágnes Keleti celebrated his 100th birthday in his hometown of Budapest. “I love life”, she says. “Health is the essence of everything. Without it, there is nothing”.