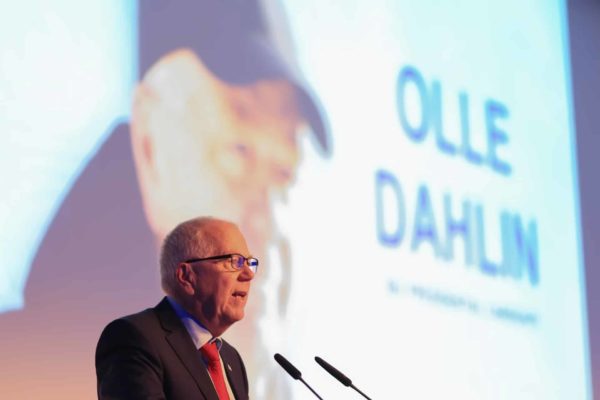 A plebiscite. Sweden’s Olle Dahlin was re-elected to a second consecutive four-year term as President of the International Biathlon Union (IBU) without any anxiety. He was the only candidate for the top job. In the absence of competition, the representatives of the national federations, meeting at a congress last weekend in Salzburg, unanimously re-elected Olle Dahlin by a show of hands. The Swede was first elected in 2018. He succeeded Norwegian Anders Besseberg, who was swept away by a vast doping, fraud and corruption scandal. The Czech Jiri Hamza, who was also the only candidate, was also re-elected for a new term as Vice-President. However, the battle for the six places on the Executive Board was more indecisive. Fourteen candidates were in the running. The six elected are all European: the German Franz Steinle, the Slovenian Tim Farcnik, the Norwegian Tore Boygard, the Italian Nathalie Santer, the Bulgarian Ekaterina Dafovska and the Frenchman Fabien Saguez, recently elected President of the French Ski Federation (FFS).