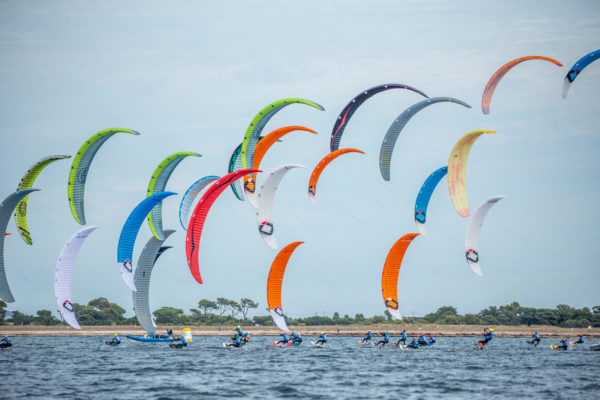 The Olympic adventure of ocean racing has come to an end. Meeting remotely since the beginning of the week, the IOC Executive Board decided on Thursday, June 10th, to exclude the discipline from the programme of the Paris 2024 Games. As expected for several months, the Olympic body chose men’s and women’s kiteboarding (pictured above) as the 9th and 10th sailing events for the Olympic regattas to be held in 2024 on Marseille’s waterfront. The mixed doubles offshore race was proposed by the world body World Sailing, after being approved by the general assembly. But the project was quickly challenged by a group of opponents led by Singaporean Ng Ser Miang. Citing concerns about safety, qualification and media coverage of the competition, the IOC asked World Sailing to propose one or more alternatives. The world sailing body did so, but reiterated that its first choice was offshore racing. Not surprisingly, the IOC Executive Board has decided and dismissed the illusions of a discipline that would have had the merit of attracting a new audience to the Olympic Games. At the Paris 2024 Games, the ten sailing events will therefore be as follows: women’s and men’s foil windsurfing (IQFoil), women’s and men’s 49er, women’s and men’s single-handed dinghy sailing (ILCA), women’s and men’s kiteboarding (foil), mixed Nacra 17 double, mixed 470. In addition, the IOC Executive Board confirmed that the 50km race walking will no longer be part of the Paris 2024 Games. It will be replaced by another race walking event, to be contested by mixed teams, but the distance has not yet been decided. Finally, the IOC approved the new competition format for modern pentathlon. It provides for the organisation of all disciplines on a single venue, in just 90 minutes.