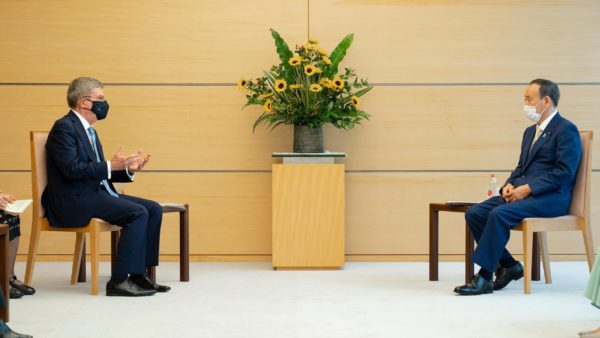 That’s reassuring. The IOC’s most senior officials are affected, like everyone else, by the sanitary measures imposed by the Japanese authorities. Proof of this was given on Sunday, July 18th, during a reception organized by the Japanese government at the State Guest House in Tokyo. On the guest list, only forty people, including Thomas Bach, the IOC president, Seiko Hashimoto, the president of the organizing committee, Yoshihide Suga, the Prime Minister, Yuriko Koike, the governor of Tokyo, and even Yoshiro Mori, former president of Tokyo 2020, who was pushed out at the beginning of the year because of sexist remarks he made. According to Seiko Hashimoto, the reception had been planned even before the decision to postpone the Tokyo Games by one year. But the number of guests was significantly reduced. And, surprisingly, neither drinks nor food was served to the guests. Outside the building, a demonstration gathered some opponents of the Games, waving signs asking to protect human lives rather than the Olympics.