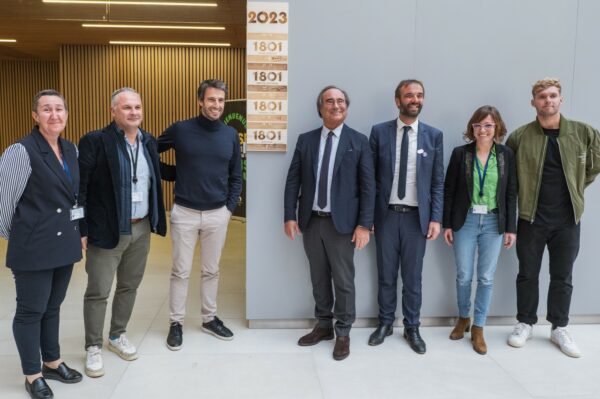 The torch relay for the Paris 2024 Games is gradually taking shape. Although it was decided last year that it would not pass through all the French departments, it is now certain that it will make an extended stop in the Occitanie region. A “Torch Relay” agreement was signed on Wednesday 18 January at the headquarters of the Paris 2024 OCOG, in Saint-Denis, with representatives from the cities of Montpellier and Sète in the Hérault region, and Millau in the Aveyron department. The signing took place in the presence of Kévin Mayer, the double world decathlon champion, who is a member of Montpellier Athletic Méditerranée Métropole (photo above, right). The three municipalities had initially joined forces to develop a collective, complementary and unprecedented approach to becoming a Games Preparation Centre (GPC). Montpellier has already reaped the first benefits, with the signing of agreements with France Judo and the Australian men’s and women’s rugby sevens teams. The South African National Olympic and Sports Committee (SASCOC) has also confirmed that it will be visiting the three territories in 2024, ahead of the Olympic Games. Montpellier, Sète and Millau will receive the torch relay in the spring of 2024, before it travels back to Paris.