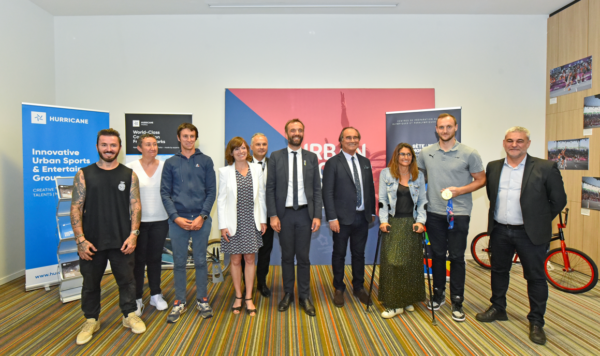 The approach is original. Three cities in the Occitanie region, Sète, Montpellier and Millau, have decided to join forces to host foreign delegations and teams before the Paris 2024 Games. The elected representatives of the three territories took advantage of the Urban Sports Summit, organised this week on the sidelines of the FISE in Montpellier (International Festival of Extreme Sports), to present their initiative (photo above). Sète, Montpellier and Millau had already obtained the “Land of the Games 2024” label in 2020, and were then included in the catalogue of the Centres of Preparation for the Games (CPJ). The three cities of south-eastern France are continuing their approach by offering the National Olympic Committees a wide and diversified range of sports facilities, between the sea, nature and the urban environment. In total, there are 26 EYCs, in disciplines such as athletics, sailing, breaking, swimming, beach volleyball and BMX. Millau has positioned itself on outdoor sports, Sète is playing the maritime card, and Montpellier completes the proposal with its high-level facilities in athletics, rugby, football, swimming and BMX. With a little less than 800 days to go before the Paris Games, the Occitan trio has already registered a first catch: South Africa. Michaël Delafosse, the mayor of Montpellier, announced this week that an agreement was about to be finalised with the South African Olympic Committee. It concerns about 150 athletes in about ten disciplines.