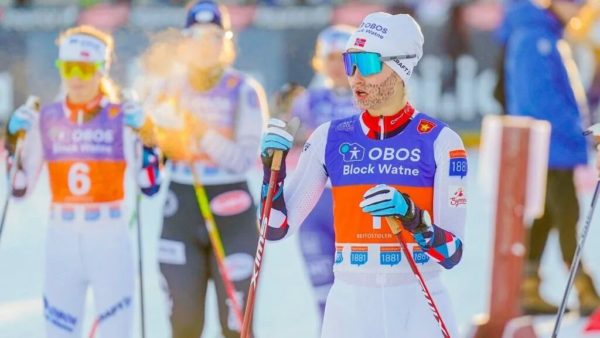 Resistance is being organised in the world of Nordic combined. In Norway, it is taking an unexpected turn. Gyda Westvold Hansen, the first women’s world champion in the discipline, took advantage of a national competition organised last weekend to protest against the absence of an Olympic event for girls. She started the race with her face covered in a felt-tip beard (photo above). She and other competitors also formed an X by raising their poles at the start line. “We think it’s absurd to have to look like this or have a beard to be allowed to compete in the Olympics,” she told Norwegian television station NRK afterwards. “Being part of the Winter Games programme would be so important in attracting young girls and making them want to do our sport.” Nordic combined is the only sport without a women’s event at the Olympics. The IOC decided not to add it to the 2026 Games in Milan-Cortina, citing the lack of universality of the discipline among women. According to the Olympic body, only one world championship has been organised to date, with 10 nations represented and a podium occupied by athletes from one country, Norway. At the next Nordic World Ski Championships, a mixed team event will be added for the first time, in addition to the women’s competition.