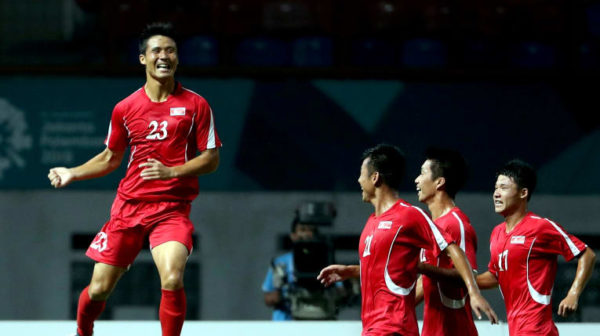 North Korea is becoming more and more isolated. After the Tokyo Olympics, it could withdraw from the 2022 World Cup in Qatar. The North Korean Football Association (PRKFA) has sent an official request to the Asian Football Confederation (AFC) not to play the 2022 World Cup qualifiers because of the risks related to the COVID-19 pandemic. The information was revealed by the South Korean news agency Yonhap, which specifies that the request was made last Friday by an official letter from the PRKFA. North Korea’s next game in the 2022 World Cup qualifiers is scheduled for June 7th and is to be played against South Korea. “The AFC has asked North Korea to reconsider its decision” declared a South Korean Unification Ministry official was quoted by Yonhap. “For now, we will wait for the AFC to complete its internal process and inform our government of the final decision.” North Korea is currently in fourth place in Group H of the Asian Zone, tied on points with South Korea and Lebanon, just behind Turkmenistan. The announcement that the North Koreans will withdraw for health reasons from the 2022 World Cup confirms their intention not to take part in the Tokyo Games. The authorities in Pyongyang announced this last month, but the IOC has still not received any official notification from the North Korean Olympic Committee.