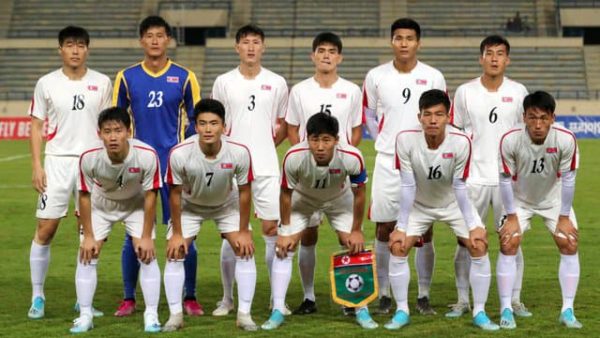 It’s official: North Korea has decided to withdraw from the 2022 Qatar World Cup qualifications. The announcement was made by the Asian Football Confederation (AFC) via a statement, published Sunday, May 16th. Pyongyang authorities have not yet given the official reason for this withdrawal, but the South Korean media mentions the sanitary risks. The 2022 World Cup qualifying matches for the Asian zone were stopped in November 2019 because of the extension of the virus. The qualification process is set to resume next month, including matches between the two Koreas for Group H in a sanitary bubble set up from June 3rd to 15th in the city of Goyang, in the north of Seoul. With three games remaining, North Korea is in fourth place in Group H, tied on points with Lebanon and South Korea, and one point behind Turkmenistan. Group winners only are guaranteed a spot in the third qualifying round, which is scheduled to begin in September. North Korea’s withdrawal comes with its forfeit for the 2023 Asian Cup, scheduled to be held in China, as the 2022 World Cup and the continental tournament the following year are combined. As a reminder, the North Korean Olympic Committee announced last month its decision to withdraw from the Tokyo Games, to protect its athletes from the risks of coronavirus infections.