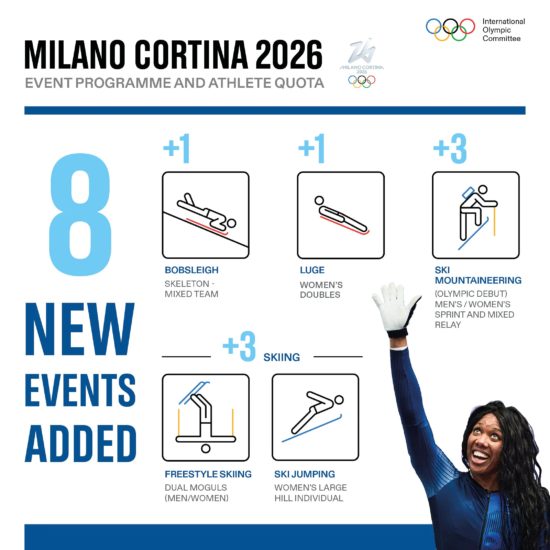 It was a close call. Meeting at the end of last week in Lausanne to discuss the programme for the 2026 Winter Games in Milan-Cortina, the IOC Executive Board decided to save the skin of the Nordic combined. The discipline was in danger of disappearing from the scene due to a lack of female representation. For the next Games, a women’s event was added. Its format, like that of the men’s event, will be finalised by April 2023 at the latest. The Nordic combined event will therefore remain in place, but with no certainty about its longer-term future. The IOC explains: “At the last three winter editions of the Olympics, the 27 medals available in Nordic combined were won by athletes from only four countries. In addition, Nordic combined had by far the lowest audience numbers during those Games. The decisive argument for keeping Nordic combined on the Olympic programme for 2026 was the situation of the male athletes, for whom the Olympic Games are only three-and-a-half years away and who have already been preparing for these Games for many years. TInclusion in the programme for the 2030 Winter Games would depend on a significant increase in the diversity of participants and spectator interest.” Otherwise, the programme for the Milan-Cortina 2026 Games approved by the Executive Board is the most gender-balanced in history, with 47% women competing (compared with 40% at the Sochi 2014 Games). Eight events were added in four sports: men’s sprint, women’s sprint and mixed relay in ski mountaineering (a new Olympic sport); a mixed team event in skeleton; a women’s doubles and an open doubles event (instead of men’s doubles) in luge; men’s and women’s parallel moguls in freestyle skiing; and women’s ski jumping in the large hill. Only one event disappeared from the programme: the mixed team parallel slalom in Alpine skiing. Five of the seven International Olympic Winter Sports Federations had submitted a request for changes to the programme for the Beijing 2022 Games. Twenty-three new events were proposed, with an additional quota of 359 athletes (113 men/246 women) requested. In the end, the total athlete quota was precisely 2,900, eight more than at the last Winter Games.