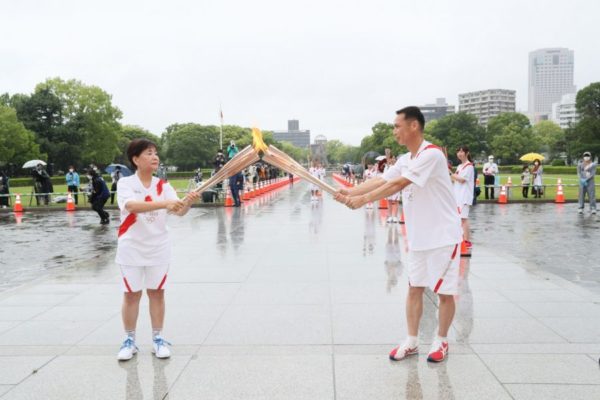 That’s sad. The passage of the Olympic flame in Hiroshima, announced as one of the big highlights of the journey, took place on Monday, May 17th, without a single spectator. The torch passed through the Peace Memorial park, built in tribute to the victims of the Second World War’s nuclear bombing. But the ceremony was held behind closed doors. Among the torchbearers, Monday May 17th, was Takayuki Sakai, 74 years old, the younger brother of Yoshinori Sakai, who had lit the cauldron during the opening ceremony of the Tokyo Games in 1964. Thomas Bach, the president of the IOC, was to go to Hiroshima to attend the passage of the flame, before going to Tokyo. But his trip was postponed because of the sanitary risks. The same preventive measures had already prevented the relay of the Olympic flame to go on public roads in the prefectures of Osaka, Fukuoka, Okayama and Hyogo.