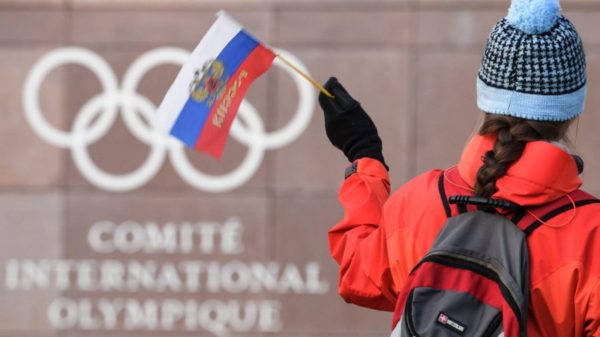 The ad hoc commission of the Court of Arbitration for Sport (CAS) rejected her appeal in the Kamila Valieva case. But the IOC does not intend to give up and accept its defeat. The Olympic body did not wait for the start of the women’s figure skating competition, scheduled for Tuesday 15 February with the short programme, to announce via a press release that its Executive Board had decided “that it would not be appropriate to hold the medal ceremony for the team figure skating event during the Beijing 2022 Olympic Winter Games”. The reason: the ceremony in question would include an athlete, Kamila Valieva, “whose A sample tested positive on the one hand, but whose anti-doping rule violation case has not yet been established on the other”. Another decision, even more radical, was that no ceremony would be organised in Beijing for the individual women’s event if the young Russian skater finished in the top three. No bouquets or medals will be handed out. A strange decision, which would also have the effect of penalising the other two medallists. The IOC also explained that it had asked the ISU “to allow a 25th competitor to participate in the women’s figure skating free programme on 17 February, in case Kamila Valieva was ranked in the top 24 in the short programme” two days earlier. Finally, the Olympic body specified that medal ceremonies would be organised “in conditions of dignity”, once Kamila Valieva’s case had been decided. The message is clear: even if the CAS dismisses the case, the IOC remains in control of the Games.