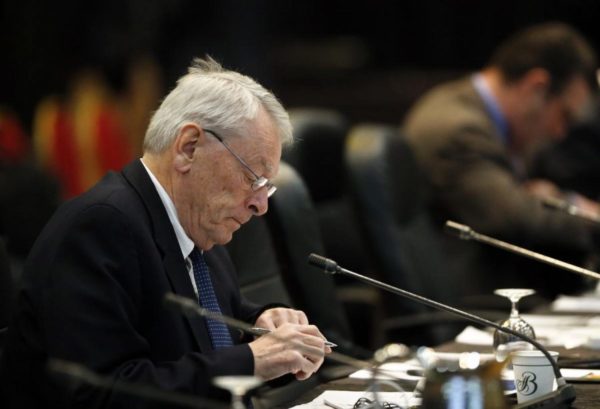 The second day of the 137th IOC Session, Thursday 11th March, confirmed this without any doubt: the members of the Olympic body do not like the principle of double voting. They accepted it for 2024/2028, but are already opposed to repeating the maneuver for 2032/2036. Norwegian Kristin Kloster, Chair of the Future Hosts Committee, set the tone in her remarks: “The dual allocation 2024/2028 was a very different situation for many reasons. One, and not the least, was that this was an election 11 years ahead, when 2036 would be 15 years before the Games. In addition, the Olympics will change dramatically during this time. The Games are a reflection of society and there will be a shift in national and international priorities in sustainability, human development and many other topics”. Dick Pound (pictured above), the oldest member of the IOC, then voiced his opposition to the idea of ​​a second double vote. “I strongly support the commission’s position to only consider one host for the Summer Games at this time“, the Canadian insisted. “I think it would be unwise to go beyond the 2032 Games, and I have to say that even 11 years is a long time in a world that is changing as rapidly as it is today”. Several other members, including Prince Albert of Monaco, have also expressed their preference for a simple vote for the Games in 2032.