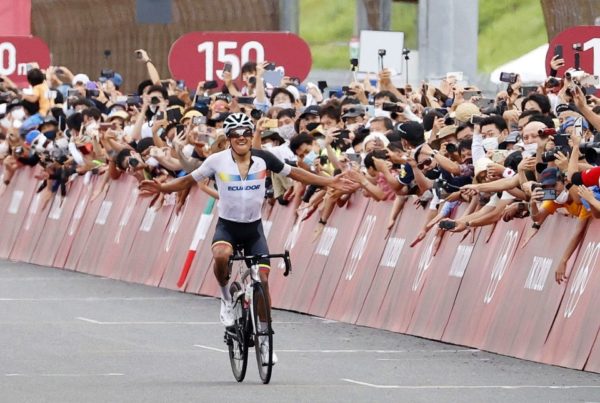 The Japanese public showed up en masse on Saturday, July 24th, along the course of the men’s road race, the first event in the cycling program. Its presence did not cause any sanitary disaster, but it did not incite the Japanese organizers to review their plans regarding the absence of spectators on Olympic sites. Masa Takaya, the spokesman for Tokyo 2020, explained on Monday, July 26th: there is currently no discussion underway on a possible slackening of sanitary restrictions, which could allow the public’s attendance in small numbers. “The images of the road race have given rise to very mixed feelings,” he confided. “We are happy to see that the Japanese population shares the enthusiasm for the Tokyo Games. But, on the other hand, we thank all those who listened to our recommendations and stayed home to watch the events on television.” Masa Takaya confirmed it: discussions on the presence, or not, of spectators at the Paralympic Games will not begin before the end of the Olympic Games, on Sunday, August 8th.