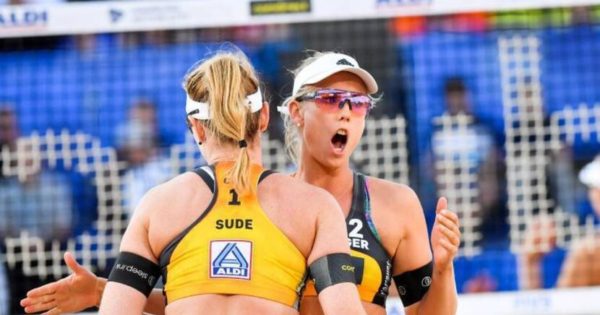 Bad publicity for Qatar in the run-up to its bid for the Summer Games in 2032. Two German beach volleyball players, Karla Borger and Julia Sude, decided to boycott a tournament planned in Doha because of the ban on wearing a bikini on the court. “We are here to do our job, but we are not allowed to wear our work clothes”, said the first in an interview with Deutschlandfunk Radio. “It’s really the only country and the only tournament where a government tells us how to do our job. We criticize that”. Qatar is set to host for the first time this year, next month, a stage in the Women’s Beach Volleyball World Tour, the FIVB World Tour. The state of the Gulf held a men’s competition for seven years. In 2019, it resumed at the last moment the hosting of the first World Beach Games, initially scheduled in San Diego, USA. The players were allowed to wear a bathing suit for beach volleyball matches. But for the World Tour tournament next month, the contestants were asked to wear t-shirts and pants on the sand. A request justified by the FIVB by “respect for the culture and traditions of the host country”. Karla Borger questioned the relevance of “having a tournament there”. As for Julia Sude, she correctly pointed out that Qatar had allowed women athletes to wear their usual outfits at the World Championships in Doha in 2019.