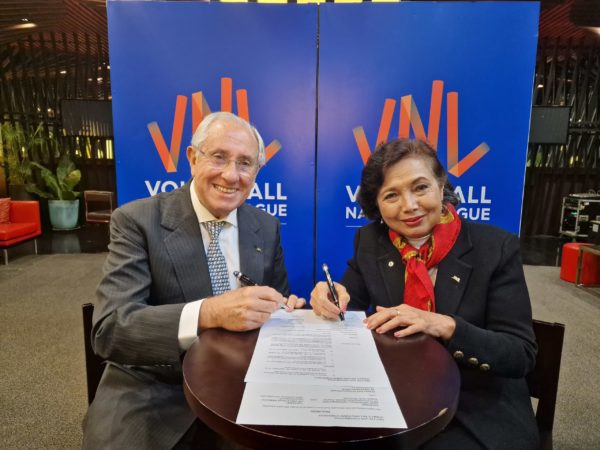 World volleyball is looking to Asia. The international federation (FIVB) and its commercial arm, Volleyball World, have concluded a cooperation agreement with the Asian Volleyball Confederation (AVC). The aim is to explore and improve the “commercial potential of senior international volleyball and beach volleyball events in Asia”. Described as historic, the partnership signed on Monday 27 June in the Philippines (photo above) runs for a period of nine years, between 2024 and 2032. It provides for direct investment by Volleyball World in the AVC for commercial rights, but also an increase in its contribution to the 65 Asian national federations via the Volleyball Empowerment programme, designed to develop national teams throughout the world. Another aspect of the partnership is human resources. The agreement between the FIVB and its Asian confederation should accompany the professionalisation of the AVC’s staff in the fields of trade, development, marketing and operations.