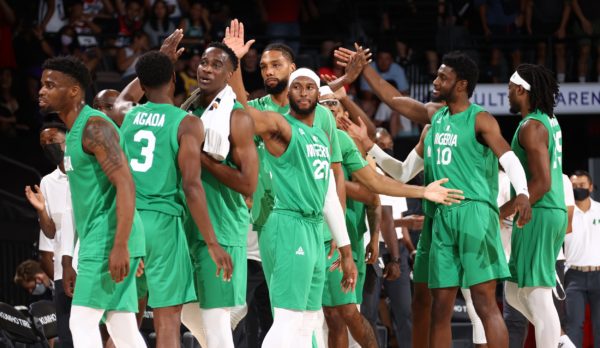 The qualification process for the Paris 2024 Games has not yet begun, but one of Africa’s leading basketball nations could already be left out. Nigeria’s president, Muhammadu Buhari, has himself announced that both the men’s and women’s national teams will not compete in international competitions over the next two years. The reason is a succession of “endless crises that have affected and almost paralysed the development of basketball in the country”, according to a statement from the Federal Ministry of Youth and Sports Development. The Nigerian Basketball Federation was reportedly threatened with suspension last November due to serious governance problems in recent years. In response, the government decided to rebuild everything from scratch, from the grassroots to the elite, even if it meant giving up any chance of participation in the Paris 2024 Games. According to the rules established by FIBA and validated by the IOC, the road to the next Summer Games goes through the World Cups in 2022 for women and 2023 for men, and/or through the Olympic qualifying tournaments in 2023. The Nigerian men’s team has participated in the last three Olympic Games. The girls, on the other hand, were present at the Tokyo 2020 Games.