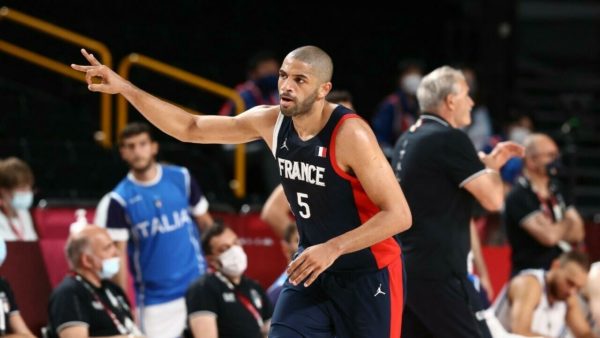 After Evan Fournier and Rudy Gobert, another French player has invited himself in the debate on the site of the preliminary phase of the basketball tournament of the Paris 2024 Games. Not the least, since it is Nicolas Batum, the captain of the French silver medalists at the Tokyo 2020 Games. The player of the Los Angeles Clippers was invited at the beginning of the weekend by RMC Sport, where he attacked the organizing committee and its willingness to relocate the competition to the Pierre-Mauroy Stadium in Lille. “Team USA, they are the attraction of the Olympic Games, they are the stars, the gods of the Olympics, suggested Nicolas Batum. It’s a fact, it’s not to put basketball forward. And all that, it can affect the image of my sport and Paris 2024. After we will go to Los Angeles in 2028, and I know what we will take as French. I don’t want to be the laughing stock of the world. Because after Paris, it will be top level. I don’t care if we play in Lille, I already played there at Euro 2015 and it was one of the biggest thrills of my career. But the problem is bigger than that. We are doing the Olympics in France, we are an extraordinary European capital… And we ask ourselves this question twenty months before. We are in Paris, damn it. We have a beautiful French team, we have the Games here, and twenty months before, we don’t know where to put volleyball, handball or basketball. That’s what pisses me off…” Even if the choice of Lille and an inversion with handball hold the rope at the OCOG, the final decision is not yet taken. It is supposed to be proposed at the end of next week to the board of directors of Paris 2024, after validation by the IOC.