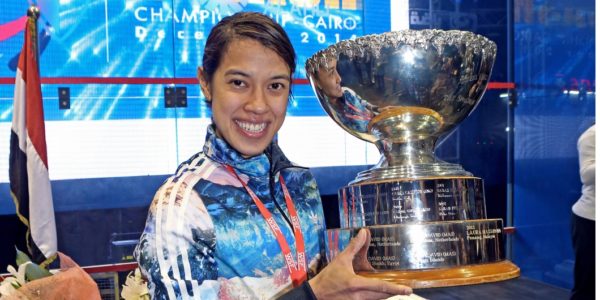 The verdict is in. It is no surprise. Eight-time world squash champion of Malaysia, Nicol David, has been hailed by netizens as the greatest athlete in history to have competed at the World Games since the multisport event was founded in 1981. It came out largely at the top of a poll conducted between January 8th and February 1st, 2021 on the World Games website. With 318 943 votes, Nicol David clearly edged out her immediate follower, Irish tug-of-war specialist James Kehoe. Now 37, the former Malaysian player has won the squash tournament three times at the World Games. She continued to lead the women’s world rankings continuously from 2006 to 2015, winning two Commonwealth Games gold, five Asian Games gold and five British Open trophies. Nicol David retired from sports in 2019. The International World Games Association (IWGA), chaired by Spaniard José Perurena, organised this online survey to celebrate 40 years of the multisport event. A first list of 24 nominees had been proposed to Internet users, reduced in a second step to 10 finalists.