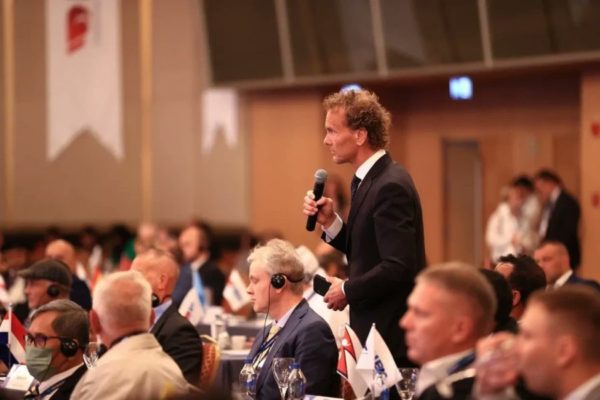 For lack of a precise date, the International Boxing Federation (IBA, ex AIBA) has found a place for its extraordinary congress. It will take place in Yerevan, the capital of Armenia. The decision was taken at the end of the week by the board of directors of the authority, meeting in hybrid mode from Algeria. The congress will be held at a date yet to be determined, between September 24 and October 1, 2022. It will be accessible via streaming, to allow all delegates to participate, at least online for those who can not travel in person to Armenia. This extraordinary congress promises to be decisive for the Olympic future of boxing, as it will be dominated by a new election for the presidency of the IBA. The last election, held in May in Istanbul, saw the victory of the Russian Umar Kremlev, re-elected to the presidency after the exclusion of his only rival, Boris van der Vorst (photo above). Judged ineligible on the eve of the vote, for an obscure story of rules, the Dutchman appealed to the Court of Arbitration for Sport (CAS). He won his appeal. A new electoral battle will therefore take place in Yerevan, at the end of September, between Umar Kremlev and Boris van der Vorst. It will be closely observed by the IOC, which has never made a secret of its doubts and concerns about the Russian leader.