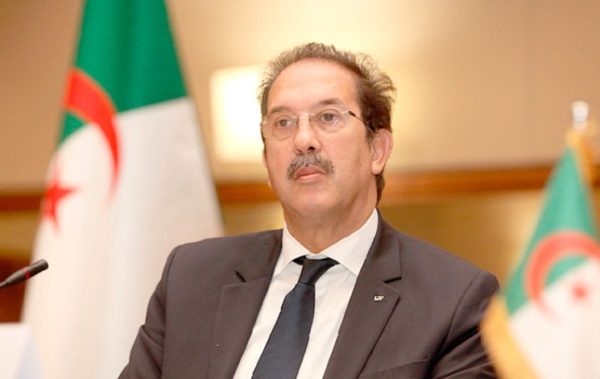 And that’s two. Two years and a handful of months after succeeding Ivorian Lassano Palenfo as President of the Association of African Olympic Committees (ANOCA), Mustapha Berraf was re-elected on Tuesday, May 25th, for a new four-year term. The Algerian leader has clearly beaten his only rival, Burundian Lydia Nsekera. He won with 38 votes against 15 for his opponent. The election took place on the second day of ANOCA’s General Assembly, held in Cairo, Egypt. Mustapha Berraf thus confirms his victory obtained in November 2018 in Tokyo. Even better: he confirms it. For his first term, the Algerian had needed two rounds of voting to discard the two other candidates, Lydia Nsekera and Cameroonian Hamad Kalkaba Malboum. Mustapha Berraf had obtained 27 votes during the first round of voting, against 16 for Lydia Nsekera and 11 for Hamad Kalkaba Malboum. In the second round, he had folded the case with 34 ballots, against 20 for the leader of Burundi. This time, the election was reduced to a single round. It allowed Mustapha Berraf to widen the gap, despite a first term marked by his resignation as president of the Algerian Olympic Committee. With this victory, he is assured of retaining his status as a member of the IOC, since it is directly linked to his position as president of a continental association of national Olympic committees. For what’s left, Sudanese Ahmed Hashim was re-elected as General Secretary. As for the election of the first and second vice-presidents of ANOCA, there was no suspense. Joao Da Costa Alegre Afonso from Sao Tome and Principe and Matlohang Moiloa Ramoqopo from Lesotho were both elected by acclamation. They were the only candidates.