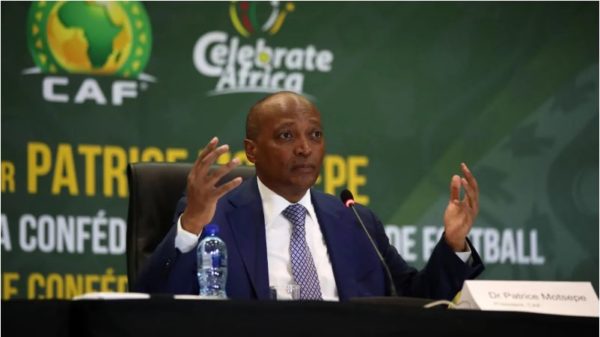 Unexpected. The resounding failure of the Super League project in Europe is giving ideas to Patrice Motsepe, the new president of the Confederation of African Football (CAF). But, surprise, the South African leader announced on Sunday, June 20th, on the eve of the symbolic first 100 days of his mandate, that he was seriously considering the creation of an African Super League. Based on the European model, it could “contribute to African football becoming competitive”. Patrice Motsepe explained in a statement: “We are evaluating and are in preliminary talks to launch an inclusive, widely supported and beneficial CAF African Super League”. Elected last March with the support of Gianni Infantino, the South African billionaire seems determined to reform African football and its components thoroughly. He commissioned a report on the perception of CAF from Price Waterhouse Coopers (PWC). Distributed last month to member countries of the body, the document identifies certain irregular, unethical and inappropriate transactions and practices. It also reveals a poor or even negative perception of the CAF, particularly in terms of good governance, ethics, finance and management. In the first 100 days of his presidency, Patrice Motsepe has met with a very respectable number of government and state heads, including Félix Tshisekedi (Democratic Republic of Congo), Alassane Ouattara (Côte d’Ivoire), George Weah (Liberia), Julius Maada Bio (Sierra Leone), Macky Sall (Senegal), and Paul Kagame (Rwanda).