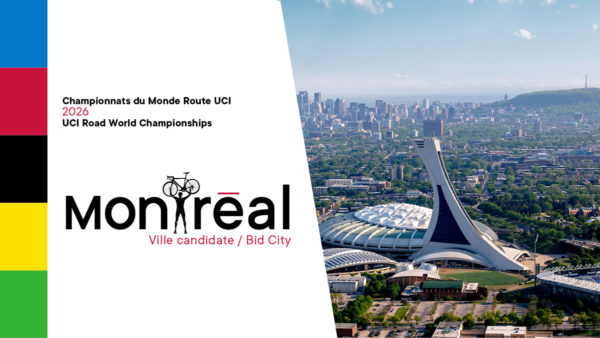 Canadians are not running out of patience. The city of Montreal has announced that it has submitted a bid to host the UCI road World Championships in 2026, 52 years after it first hosted the event in Quebec city. The Canadian project foresees an 8-day competition program, entirely free for the public, with economic benefits already estimated at $170 million (Canadian dollars) for the province of Quebec and more than $210 million for Canada. The host city for the 2026 edition will be announced on September 24th at the UCI Congress in Belgium, in conjunction with the next road World Championships scheduled for September 19th to 26th, 2021. The next editions of the road World Championships have already been awarded to Wollongong (Australia) in 2022, Glasgow (Scotland) in 2023 and Zurich (Switzerland) in 2024. For the 2025 edition, promised to Africa, the UCI will have to decide between Kigali in Rwanda and Rabat in Morocco.