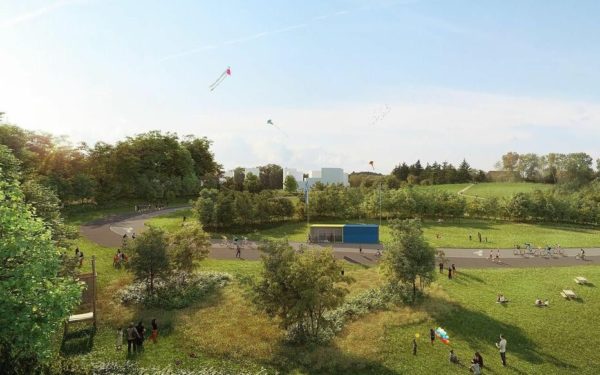 A new puzzle in sight for SOLIDEO, the public establishment in charge of delivering the Olympic facilities. A Seine-Saint-Denis environmental association, the MLNE, has launched a petition to preserve the Aire des Vents in Dugny, where the media village for the Paris 2024 Games is to be built. Initiated last weekend during the Fête de l’Huma, organised for the last time on this vast space, it has collected around 600 signatures in three days. The battle started by the local associations is not new, but their first appeal was rejected on July 8th by the Paris Administrative Court of Appeal. Work on the media village was therefore able to resume on July 15th, after a three-month forced pause. But for how long? Jean-Marie Baty, the president of MNLE 93, has announced that he wants to relaunch the mobilisation, with the intention of attacking all or part of the nine building permits issued for this vast construction site. The future media village of the Paris 2024 Games should eventually become a district of 1,300 housing units, 700 of which will be delivered in three years for the accommodation of journalists.