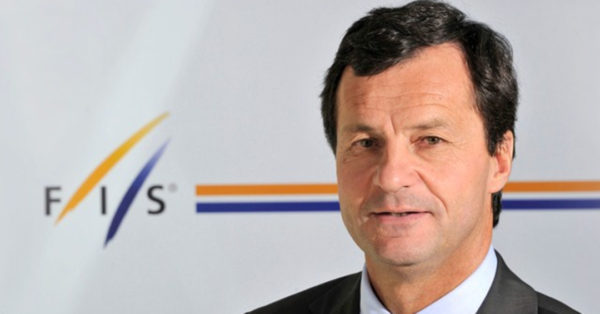 No time to lose for Johan Eliasch. Eighteen days after his election as president of the International Ski Federation (FIS), the Swede has already ticked a few boxes at the head of the body. On his initiative, the FIS Council appointed the Frenchman Michel Vion as Secretary General. The current president of the French Ski Federation (FFS), who actively supported Johan Eliasch during his campaign, is expected to take up his position after the Tokyo Games, where he will be head of mission for the French delegation. “Michel brings the perfect combination of leadership skills and expertise in our sport to the position of FIS Secretary General,” said Johan Eliasch in a statement. “The FIS is truly fortunate to have someone of his calibre leading the day-to-day operations as we take the next steps towards our future.” His reaction: “I am very honoured and touched. This is a very exciting time to be in this role, as our President has many innovative and cutting-edge plans to ensure a bright future for the FIS.” At the same time, the FIS Council appointed four vice presidents: Roman Kumpost of the Czech Republic, Aki Murasato of Japan, Dexter Paine of the USA, and Peter Schroecksnadel of Austria. As the two functions are too time-consuming, Michel Vion will have to give up his mandate as president of the FFS, which runs until June 2022. A board meeting should be convened shortly to elect his replacement.