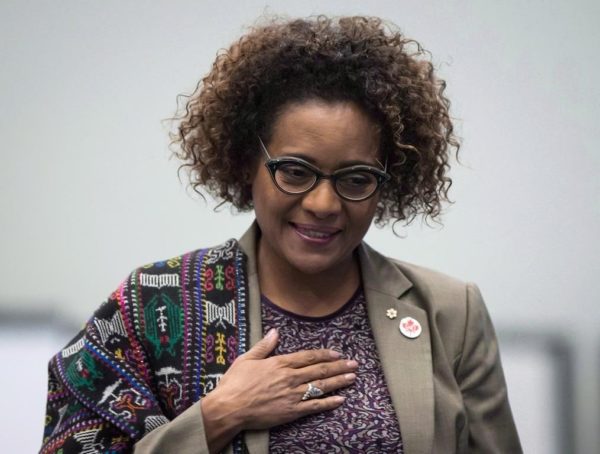 Return to sport for Michaëlle Jean. The former Governor General of Canada, and former Secretary General of the International Organisation of La Francophonie (OIF), has just been appointed head of the Haitian Football Federation. She is to succeed Yves Jean-Bart, suspended by FIFA from all football-related activities on charges of sexual violence against underage players. The Haitian Football Federation will now be led on a temporary basis by a quartet of leaders, of which Michaëlle Jean will take the leadership, with the mission of rebuilding an authority shaken by the Jean-Bart years. In particular, they will have to organise the election of an FHF executive committee by the beginning of 2023 at the latest. But none of them will be eligible for the vacancies. For Michaëlle Jean, 63, this appointment is a form of homecoming, since the Canadian is from Haiti. She was also very directly associated with the sports movement, at the time of the Vancouver Winter Games in 2010 (she gave the opening speech), then during the Rio 2016 Summer Games, under the OIF.