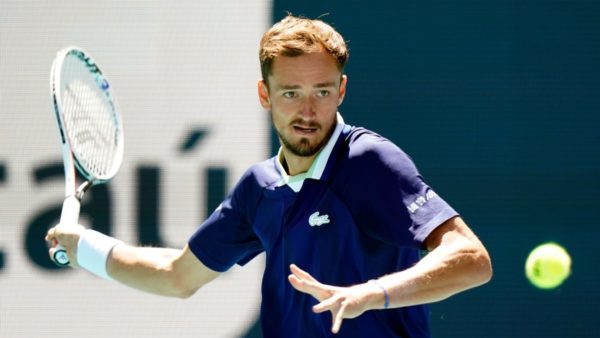 Daniil Medvedev is not giving up hope of playing in the next edition of Wimbledon. The Russian player, currently number 2 in the world, explained on Sunday 15 May that he would be ready to play on the London lawn if the British authorities overturned the organisers’ decision. “There have been a lot of discussions about this, said Medvedev at a press conference on the sidelines of the Geneva Open, where he is due to return to competition this week after a hernia operation. I’m trying to follow what’s going on because the decision is not mine. At the moment it’s between Wimbledon, the ATP and maybe the British government. It’s a complicated situation and, like everything else in life, if you ask 100 players, everyone will have a different opinion. I can play. I would be happy to play at Wimbledon because I love it. If I can’t play then I will try to play other tournaments and prepare well for next year if I have the chance then to play.” The Russian admitted that he has not yet had the opportunity to talk to other players on the tour since the organisers’ decision, announced on 20 April, to ban Russians and Belarusians from the English Grand Slam event in response to the conflict in Ukraine.