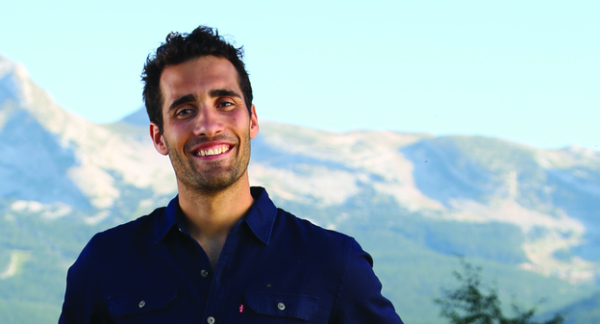 As an IOC member since February of this year, and also Chairman of the Athletes’ Commission of the Paris 2024 OCOG, Martin Fourcade is not short of hats in the Olympic movement. The former French biathlete wears them with a certain discretion. But this week he answered questions for Ski Chrono from the resort of Tignes, where he is taking part in the 2022 edition of the Etoiles du Sport. Asked about his recent visit to Lausanne for the IOC commission meeting, Martin Fourcade said: “The athletes’ eyes are shining at the idea of coming to Paris. It means a lot internationally: to imagine that you can run a marathon in the city centre, to have the bike park at the foot of the Seine for a triathlete, it’s a special feeling. The opening ceremony in the city arouses a lot of enthusiasm. The feedback is very positive. And the few negative opinions we receive, we have a little less than two years to solve them.” The Catalan explains: the questions have turned, within the IOC Athletes’ Commission, on the outsourced villages of the Paris 2024 Games. “Basketball, which will play the preliminary phase in Lille, and handball, which will play its final phase there too,” Martin Fourcade details. “How to adapt the programme and transport so that they can take part in the opening ceremony. It’s the same as for the shooting, which is in Châteauroux. Our role is to ensure that the Olympic spirit lives on in these venues and that the public is present in large numbers.”