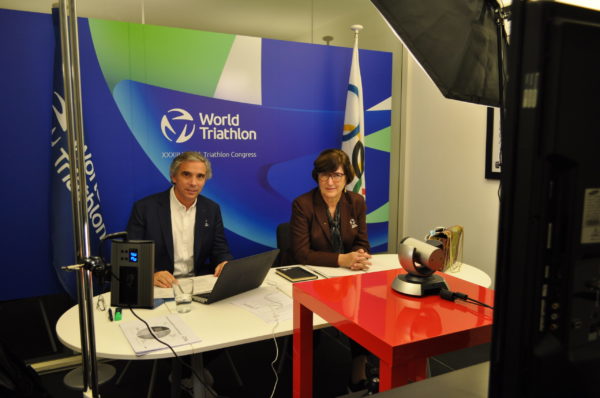 World Triathlon had the choice between novelty and continuity. The international body has chosen the second path. Meeting on Sunday November 29 virtually, the annual general assembly re-elected Spain’s Marisol Casado (photo above, right) for a fourth consecutive term. The outgoing president did not give details, as she obtained 86 votes, exactly double that of her only rival, Dane Mads Freund (43). Despite a complaint lodged against her by the members of the World Triathlon tribunal, with the ASOIF and then the IOC, Marisol Casado is renewed for a new 4-year lease. In the process, she retains her IOC member status and remains the only woman president of an international summer Olympic sport federation. During the same general assembly, marked by the participation of 136 national federations, four vice-presidents were elected: the Japanese Shin Otsuka (98 votes), the South African Debbie Alexander (92), the Briton Ian Howard (74) ), and the Mexican Antonio Alvarez (73). Voters also completed the composition of the executive committee, electing the American Gabriela Gallegos (87 votes), the French Bernard Saint-Jean (87), the Australian Miles Stewart (81), and the Canadian Leslie Buchanan (69).