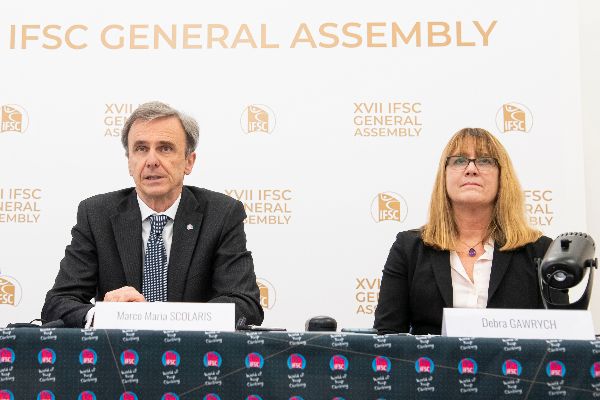 No bad surprises for Marco Scolaris. The Italian leader has been re-elected for a new four-year term as president of the International Federation of Sport Climbing (IFSC). He will therefore be in charge of the discipline at the Tokyo 2020 and Paris 2024 Games. It was decided by the 57 national federations which participated, between Friday 23rd and Sunday 25th of April, in the XVIIth General Assembly of the international body. Marco Scolaris founded the IFSC in 2007. He has headed the federation since then. The only candidate for his succession, he was re-elected with 50 votes. No suspense also for Debbie Gawrych, confirmed as general secretary for a second term, with 48 votes. The American led the development of the IFSC 2020-2028 strategic plan and managed the marketing contract with Dentsu. During the same general assembly, organised in virtual mode, the IFSC validated the arrival of two new member countries, Croatia and Puerto Rico.