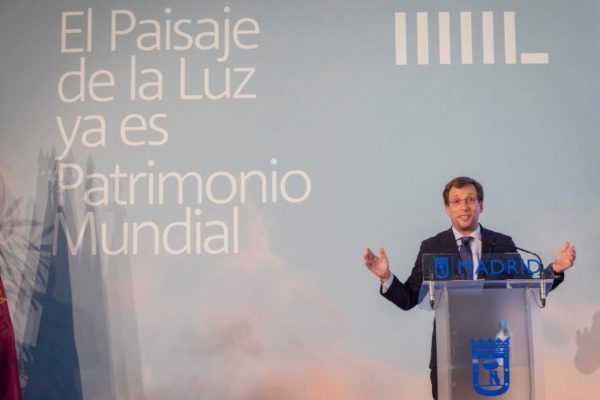 Confusion in Spain. During the same day, on Wednesday, September 22nd, the capital’s two top elected officials spoke publicly about a bid for the 2036 Summer Games. But, problematically, with different points of view. The vice-mayor of Madrid, Begoña Villacís, spoke first, announcing that a campaign was in the pipeline. A few hours later, the mayor of Madrid, José Luis Martínez-Almeida (pictured above), was quick to deny it, but without closing the door on an Olympic project. “The city council has not taken the decision to officially present a bid for the 2036 Olympic Games,” the mayor of Madrid said in a statement. “We have to be very careful. We have had three unsuccessful bids (2012, 2016 and 2020). It is essential today that we have a minimum guarantee of success”. Despite this claim, the mayor of Madrid met with the president of the Spanish Olympic Committee, Alejandro Blanco, on Wednesday, September 22nd, a meeting that was presented as part of a study and work phase on a possible Olympic project. So the idea is in the air. But the capital’s two top elected officials seem to be opposed as to the strategy to adopt. For Begoña Villacís, a bid for the Summer Games in 2036 could be an opportunity to “bring together all the political forces around a great project for Spain and for Madrid”. José Luis Martínez-Almeida, on the other hand, is less eager to jump into the battle. The mayor of Madrid explains that nothing will be announced until he has consulted extensively with the municipal councillors, but also with the Spanish government and the community of Madrid. Spain is already preparing a bid for the Olympic Games, but for the winter edition in 2030. It is being led by Barcelona and the Pyrenees.