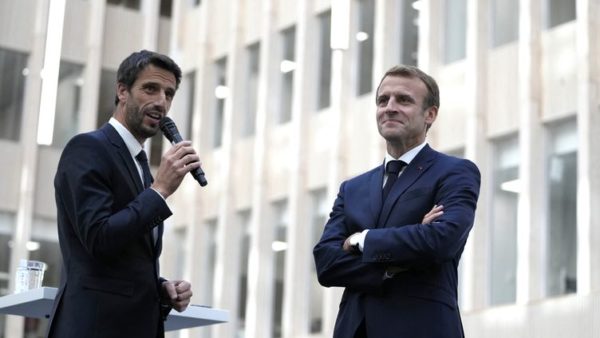 And that’s two. After a first meeting last July, Emmanuel Macron is due to convene a second Olympic and Paralympic Council for the Paris 2024 Games this Thursday morning at the Elysée Palace. The first of these meetings, which will become increasingly frequent over the next ten months, was marked by the absence of the mayor of Paris, Anne Hidalgo, and the president of the Ile-de-France region, Valérie Pécresse. This time they will be present. The rest of the cast will be made up of the Prime Minister Élisabeth Borne, the Ministers of the Interior Gérald Darmanin, of Sports and the Olympic and Paralympic Games Amélie Oudéa-Castéra, and of Transport Clément Beaune, the interministerial delegate (Dijop) Michel Cadot, prefects Marc Guillaume and Laurent Nunez, the president of the Paris 2024 OCOG Tony Estanguet, the director general of SOLIDEO Nicolas Ferrand, and the presidents of the National Olympic and Paralympic Committees Brigitte Henriques (CNOSF) and Marie-Amélie Le Fur (CPSF). According to the Elysée, the meeting should also be open to the president of the Seine-Saint-Denis departmental council Stéphane Troussel, the mayor of Saint-Denis Mathieu Hanotin, the president of the Greater Paris metropolis (MGP) Patrick Ollier, and finally the mayor of Marseille, host city of the sailing events, Benoît Payan. So much for the round table. What is on the agenda? It should be dominated by the hottest topics in the preparation of the Games. At the top of the list, the budget. Due to inflation, the SOLIDEO should benefit from a budget revision of 150 million euros. It would be partly financed by the local authorities. Transport will also be discussed, with a progress report on the extension of line 14 of the metro. Security is also one of the priority themes. Michel Cadot, the Dijop, explained on Wednesday 28 September during a hearing at the National Assembly that the next version of the Olympic law would include measures related to security. In particular, it is planned to introduce algorithms into the video protection system to better identify abnormal behaviour in large crowds. Another measure: a reinforced screening to control access to the construction sites in the last weeks before the Games. Finally, the professional qualification certification, with a shorter training period to facilitate recruitment, should be finalised by January 2023.