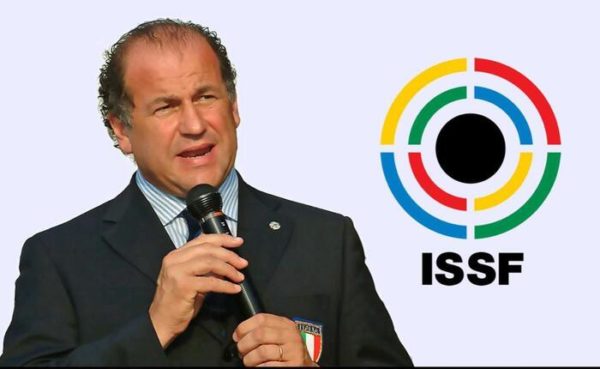 There has been a change of leadership at the presidency of the International Shooting Sport Federation (ISSF). The Italian Luciano Rossi (photo above), 69 years old, won his duel with the Russian billionaire Vladimir Lissine, the outgoing president, on Wednesday 30 November in Sharm el-Sheikh, Egypt. As four years ago, the election was very close: 136 votes against 127. But unlike the last election, won by Vladimir Lissin by only four votes (148/144), the balance tipped in favour of Luciano Rossi. He becomes the 8th ISSF President in the 115-year history of the international body. Considered as Russia’s first fortune, Vladimir Lissin had refused to give up his presidential chair, even temporarily, after the outbreak of the conflict in Ukraine. But he was quicker to leave the ISSF congress hall on Wednesday 30 November in the Egyptian resort, disappearing after the result was announced. The ISSF Secretary General, Alexander Ratner of Russia, a strong supporter of the outgoing President, also left the meeting before it ended. He is expected to be replaced in his position by one of Luciano Rossi’s supporters, the German Willi Grill.