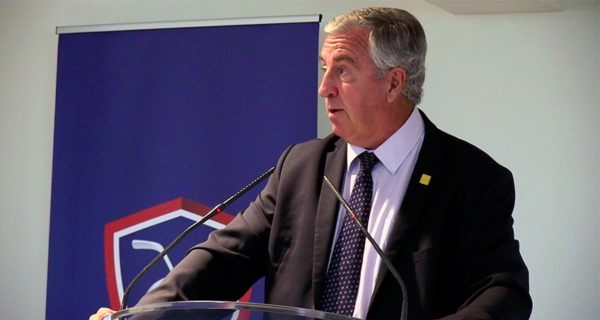 The race to succeed Swiss René Fasel as president of the International Ice Hockey Federation (IIHF) is shaping up to be a massive one. A new candidate – the fifth – has just announced his decision to enter the race: Luc Tardif, the current president of the French Ice Hockey Federation. “My candidacy for the presidency of the IIHF was decided recently, after the Congress in May,” he explains. “I want to be the candidate to establish dialogue and build my programme by feeding it with exchanges and meetings with the member associations of the International Federation.” Originally from Quebec and a former professional player in France, Luc Tardif has been the IIHF treasurer since 2012. His candidacy joins those already announced by Denmark’s Henrik Bach Nielsen, the Czech Republic’s Petr Briza, Belarus’ Sergej Goncharov and Germany’s Franz Reindl. The elections are usually held during the annual Congress of the body, but this time, they will be held during a dedicated event on September, 18th, because of the sanitary crisis. René Fasel, who is also an IOC member, has been President of the IIHF since 1994.