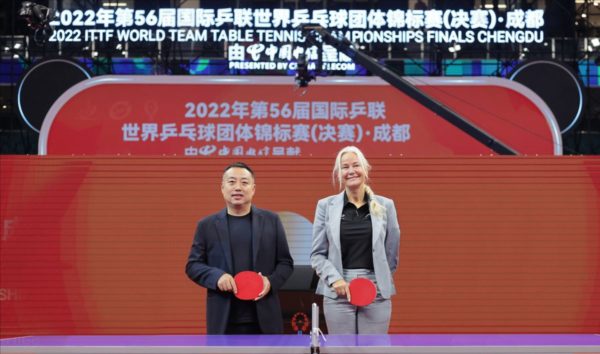 Since its creation in 1926, the International Table Tennis Federation (ITTF) has had only one Chinese president, Xu Yinsheng (1995-1999). But the body, chaired since last year by Petra Sörling of Sweden, is leaning even further east with the appointment, announced on Thursday 6 October during the World Team Championships in Chengdu, of Liu Guoliang of China as vice-president. Olympic singles champion in Atlanta in 1996, then world champion three years later, he has been president of the Chinese Table Tennis Association since 2018. He has been a member of the ITTF Executive Committee since last year. As proof of his growing influence within the body, Liu Guoliang was appointed on the same day, Thursday 6 October, to chair the board of directors of World Table Tennis (WTT), the ITTF’s commercial and event platform.