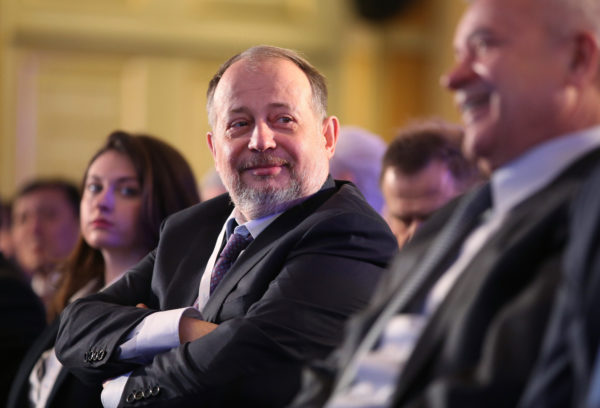 D-Day for the International Shooting Sport Federation (ISSF). The body is holding its annual congress on Wednesday 30 November in Sharm el-Sheikh, Egypt. It is elective. In other times, the meeting would have been followed from afar by the Olympic movement. But the conflict in Ukraine gives it a very political dimension this year. After the withdrawal of Alisher Usmanov from the International Fencing Federation (FIE) in March, the ISSF remains the only Olympic sport body, along with the IBA, still chaired by a Russian leader. And not just any Russian. Vladimir Lissine (photo above), 66 years old, Russia’s first fortune (67th in the world), is up for re-election. Elected for the first time in 2018, he is putting his mandate back on the line against another European leader, the former Italian senator Luciano Rossi. The two men had already been opposed four years earlier for the presidential post. The Russian won by only 4 votes (148/144). At the time, Luciano Rossi accused his winner of having indirectly threatened him with death and kidnapping. In his campaign for this Wednesday’s election, the Italian denounced the “autocratic top-down management” imposed by Vladimir Lissine on the ISSF. He also criticised the move of the shooting events of the Paris 2024 Games to Châteauroux, more than 250 km from the capital. A move accepted by the ISSF. On the other hand, the outgoing president is weakened by his nationality. But he can rely on a golden record.  Since 2019, the Russian billionaire has injected ten million dollars of his personal fortune into a shooting development fund. Nearly a hundred national federations have reportedly benefited.