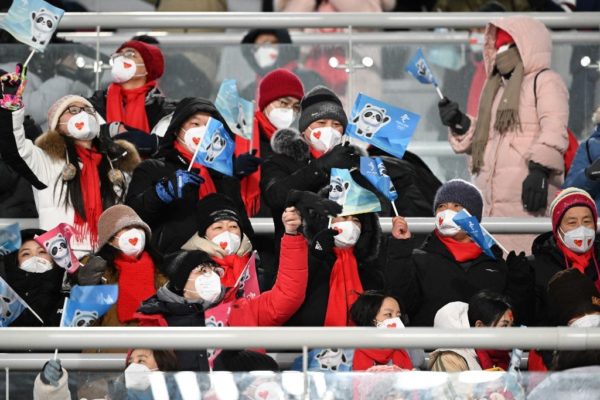 The Chinese organizers had announced at the beginning of the Games of Beijing the presence of 150 000 spectators on the Olympic sites. They did not keep their word. According to the official figures of the committee of organization, revealed in the day before the closing, about 97 000 spectators attended the Games of Beijing. All the spectators were invited. They were allowed to enter the bubble only after having presented two negative PCR tests. The opening ceremony was attended by 40,000 people. The freestyle skiing events, marked by the triple win of the Chinese Eileen Gu (2 gold medals, one silver), were among the most crowded. The public was allowed in Beijing and Zhangjiakou, but prohibited in Yanqing, site of the alpine skiing competitions and the bobsleigh, luge and skeleton track. For comparison, more than a million tickets had been sold at the PyeongChang 2018 Games.