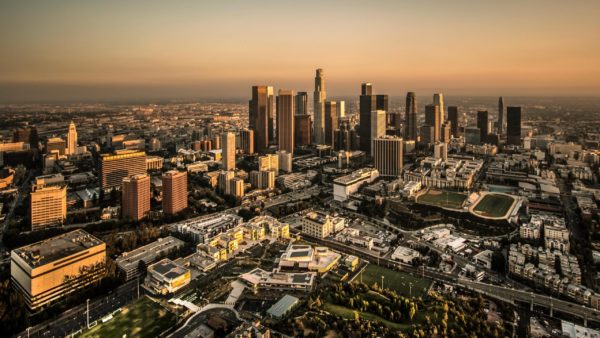 It is still virtual time between the IOC and Los Angeles 2028. The 2028 Games Coordination Commission held its first meeting of 2021 on Wednesday 17 November with the American organisers. But it did so without having to travel to the Californian city. The exchanges between the two parties were held online, by video conference. Usually stretched out over two or three days, the coordination committee’s “visit” was thus completed in a single day. With just under seven years to go before the event, preparations are still proceeding at a measured pace in Los Angeles. However, the organising committee, which has been headed by Kathy Carter for several months now, already has around a hundred people on board. The IOC representatives, led by vice-president Nicole Hoevertsz, noted at the end of the meeting that LA 2028 is moving forward. With three priorities: legacy, collaboration and commercial success. LA28 has made a lot of progress, with the roll-out of the PlayLA youth sports programme and the creation of its athletes’ commission,” explains Nicole Hoevertsz. We should also welcome LA28’s support for the integration of the new hospitality provider, On Location, for future Olympic and Paralympic Games until 2028. Given all that LA28 has achieved so far, we are confident that our joint efforts will deliver an unforgettable Olympic experience in 2028.” As a reminder, the launch of a youth sports programme, called PlayLA, was part of the agreement between the IOC and LA 2028 at the time of the double vote for the 2024 and 2028 Games. It is funded by both parties to the tune of $160 million for all years leading up to the Games. In the marketing department, the Californians have already started the process. Several partnership agreements have been signed over the last 12 months, notably with Comcast, Deloitte and Salesforce. The announced objective: 2.5 billion dollars in sponsorship revenue.