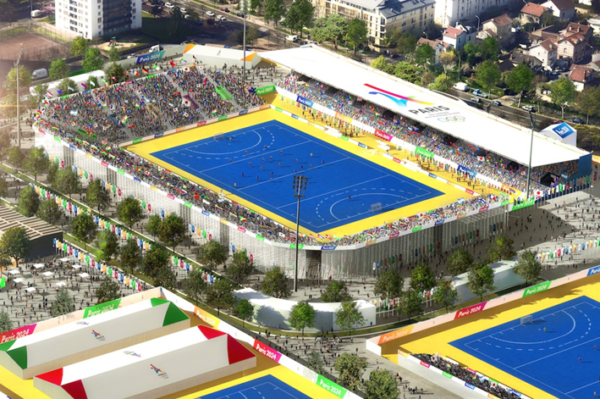 The Yves-du-Manoir stadium is getting a new lease of life. The historic Parisian stadium, which hosted the opening ceremony of the 1924 Paris Olympic Games, is to be renovated for the next Summer Games, where it will serve as a competition venue for hockey. Tony Estanguet, president of the Paris 2024 OCOG, symbolically launched the work on Wednesday 11 May in Colombes, in the Hauts-de-Seine region. The new complex will feature two hockey pitches, four football pitches, three rugby pitches and a 200m athletics track. Cost: €94.2 million. For the first time in history, both the men’s and women’s French hockey teams will participate in the Olympic Games in two years’ time in Paris. The French Federation (FFH) confirmed last month that both teams had earned their ticket, with the IOC approving a proposal from the sport’s international body (FIH) that host teams reach 25th in the world rankings at least once since the Tokyo Games, which is the case for the two French teams. France has never before qualified for a women’s Olympic tournament. The last men’s participation was at the Munich Games in 1972.