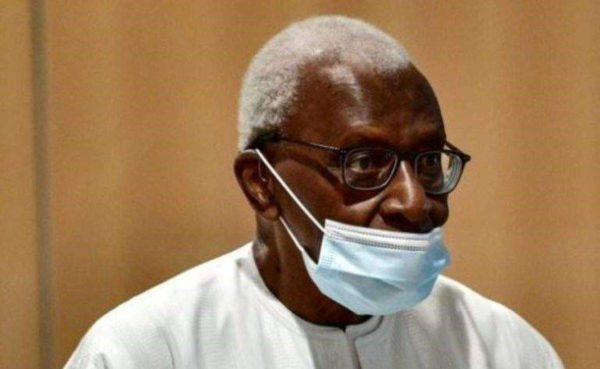 The exile is over for Lamine Diack. The former president of the International Association of Athletics Federations (IAAF), sentenced on September 20th, 2020, to four years in prison, including two years for his “involvement in a corruption network to hide doping cases in Russia”, has returned to Senegal. His plane landed in the evening of Monday, May 10th, in Dakar, where he was welcomed by the cabinet director of the Senegalese Minister of Sports. Under house arrest in France since 2015, he had benefited last year, on December 30th, from a lift of the ban to leave the French territory, with a deposit payment of 500,000 euros. It was paid by his former soccer club, Jaraaf de Dakar, which rallied after an extraordinary general assembly held on April 18th. According to the Senegalese media, Lamine Diack recovered his passport last Wednesday. But his return to Senegal could be short-lived. The former president of the IAAF, now 87 years old, is under a second procedure, regarding the attribution of the 2016 Rio and 2020 Tokyo Olympic Games. In this case, the investigation is supposedly “about to end”, according to his counsel, William Bourdon.